It’s obvious I’m not the only one that believes Human Service Alliance, University for Human Goodness, Center for Purposeful Living, or whatever they are calling themselves this week is a cult. That fact is apparent to many not engulfed in the organization including those that have had some limited experience with the cult. A few nights ago I had an exchange of e-mails with someone who wishes to remain anonymous (so for the sake of this article we’ll call them Quincy).

Quincy conveyed to me a great many oddities that were noticed about the Center for Purposeful Living:

The screening of Internet activities by those within the organization is something that was conveyed to me during my research for my previous article about the Center for Purposeful Living. This lends more credibility to those that informed me of this activity.

That’s right in line with the power Derwyn Lackey possesses over his disciples. The fact that Quincy’s father’s fiancée didn’t know how to pull out of Human Service Alliance (now known as the Center for Purposeful Living) is testament to the weak-willed, feeble minded people Derwyn Lackey and his cult prey upon. Those that are strong enough to get out are damned and referred to as evil amongst Derwyn’s many “teaching” e-mails.

The ability for these people to judge and condemn others is not “spiritual” or “soulful” in nature. This is not the work of people with a higher calling; this is the work of those who align themselves with evil.

I’d like to thank Quincy and his father for sharing this story. I would also like to reiterate the fact that I’m willing to anonymously tell other’s stories if they so wish for me to publish them. 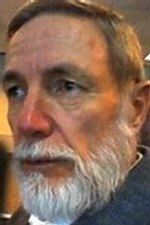 Derwyn Lackey, Supreme Ruler of the Center for Purposeful Living