Hypertext Transport Protocol v2 (HTTP/2) is here and is being implemented at an ever quickening pace. HTTP/2 is going to speed up the web and enable new capabilities. There is a lot that stays the same but there are some significant changes coming. In educating myself I decided to illustrate some of the changes in HTTP/2: 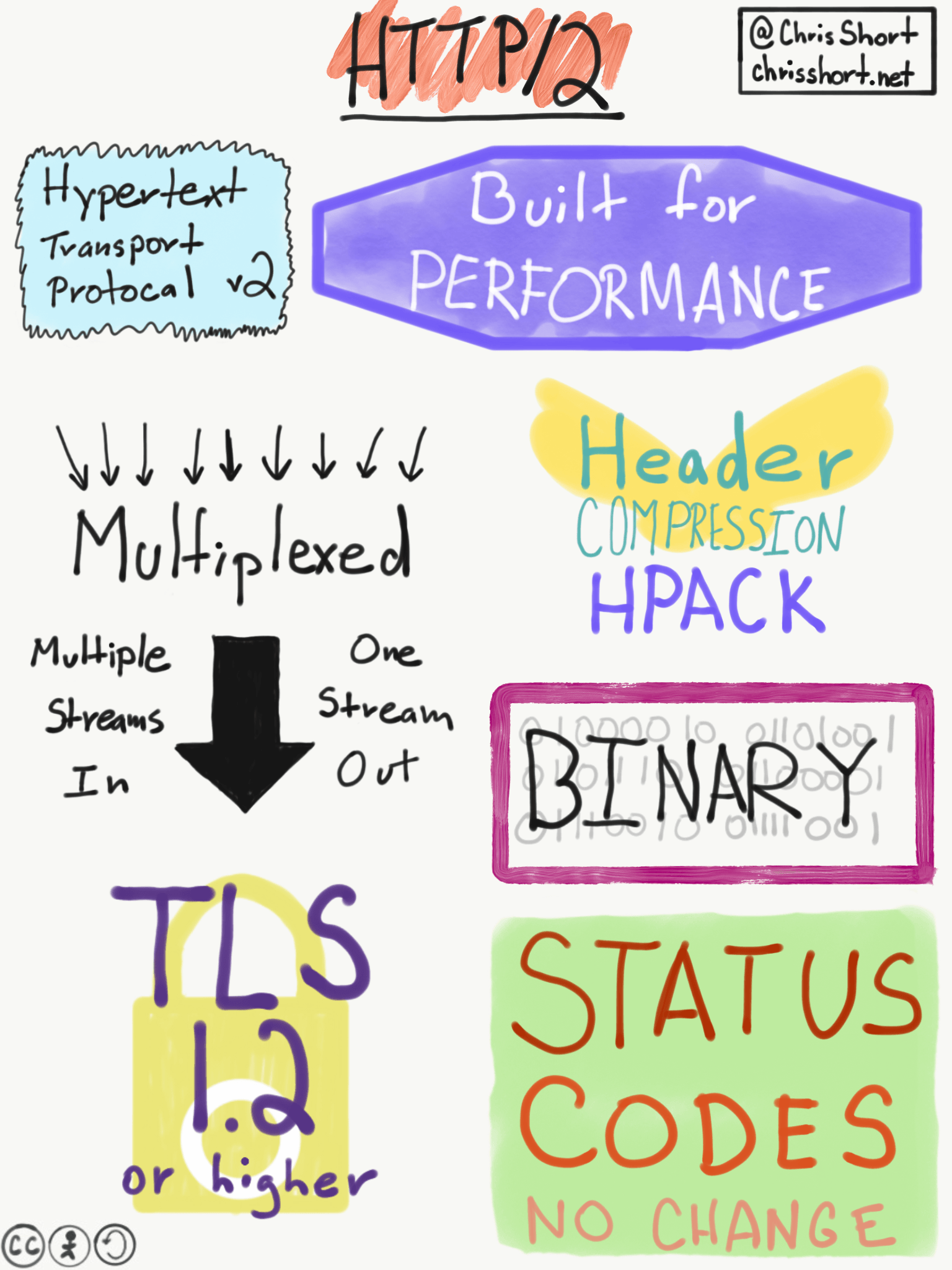 The first thing to keep in mind is the primary reason for HTTP/2 even being a protocol is to improve performance (and not necessarily security). With that in mind let’s hit the highlights (this is not intended to be a fully formed guide):

There are a lot of great things happening in HTTP/2 and I would encourage to consider implementing where you can as soon as you can. Find your favorite code’s implementation or web server and get rolling with HTTP/2.