Disclaimer: I work for Red Hat, my views and opinions are solely mine though.

I had the pleasure of speaking at and attending DevOpsDays Raleigh 2019. First off, this event routinely out punches its weight class as far as quality. Don’t get me wrong the McKimmon Center on NC State’s campus has gotten very dated but, this five-year-old event keeps getting better. 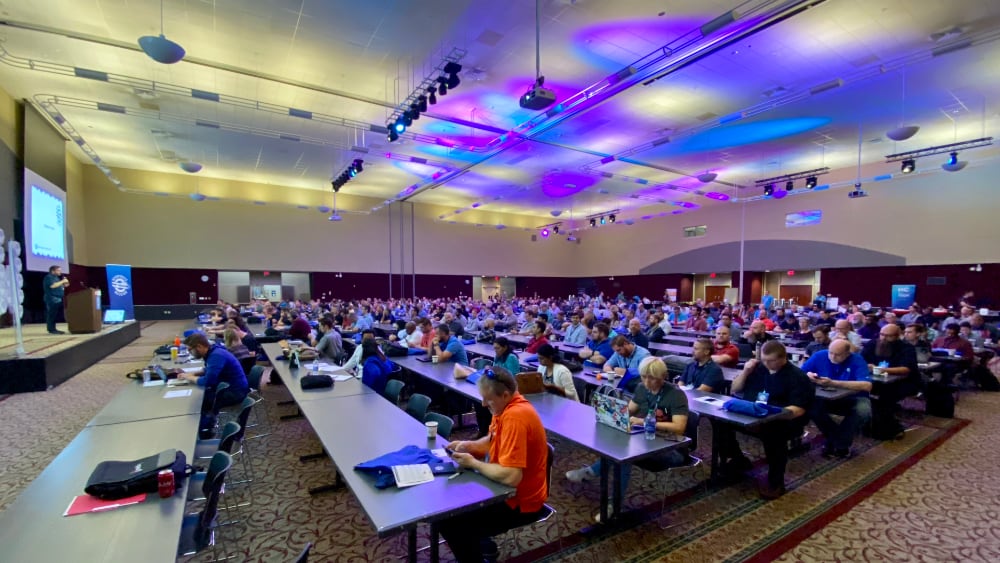 Note: If you are not familiar with DevOpsDays, please consider attending one near you in the next year. They are affordable and encourage networking better than most events I’ve been to. I spoke at my first DevOpsDays in Detroit in 2016. We lived in Raleigh, and I wanted to work for Red Hat. Now we live in Detroit near my wife’s family, and I work for Red Hat. Who says DevOps doesn’t make dreams come true?

I did an ignite karaoke talk (one minute, four random slides; example deck) about how Kubernetes is as complicated as you make it, “It’s just a shitload of YAML and some APIs.” The premise was to start slow and build skills iteratively (like with DevOps). It came together when a picture of Jeff Goldblum attempting to outrace some vicious dinosaur from a Jurassic Park movie. I said something along the lines of, “T. Rex was clocked at 34 MPH. You don’t need 25 nodes. Start small.”

You can watch the talk here: Video — DevOps is Not War - DevOpsDays Raleigh 2019

This one minute talk resulted in two folks asking how to get started contributing to Kubernetes. I introduced another speaker to SIG-Docs’ Zach Corleissen. They were really interested in making the docs easier for their spouse to consume and learn for career advancement. 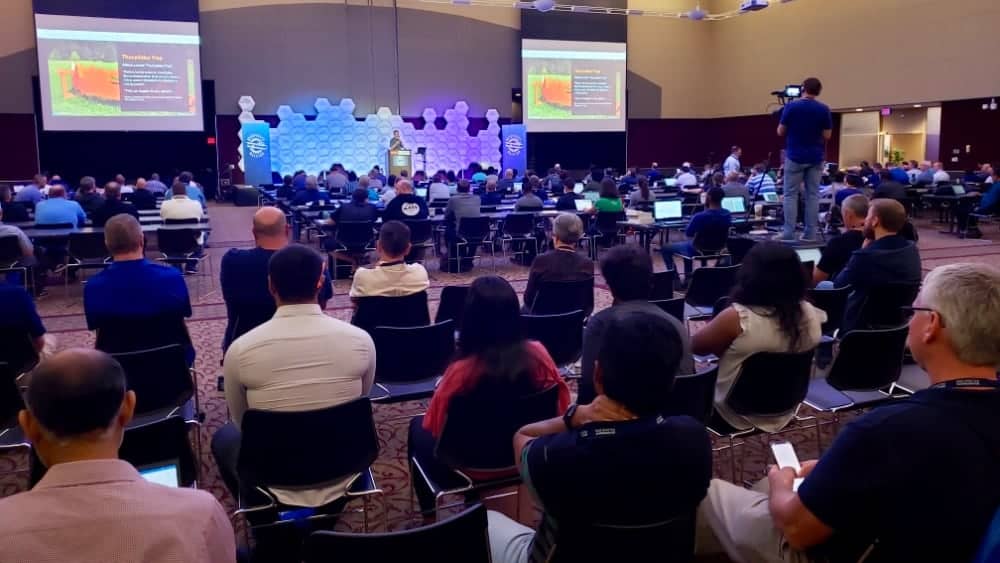 I did my DevOps is Not War talk. It was well-received. But, there were actually folks grabbing me afterward saying I might have just solved a ton of their organizational issues. The persona of people who pulled me aside the most were Business Analysts and technical leads. All of them were trying to figure out how to push “classic” teams into the now. It was a DevOpsDays event, after all.

One Business Analyst from Ashley Furniture pulled me aside for a solid twenty minutes about DevOps. Being from NC and having lived through the textile and furniture industries collapsing, I reminded him to look no further than their market to figure out what not to do. I also mentioned that their wins have to celebrated. Once the celebrations get big enough, invite a Director or VP and see what happens. Remember to focus on value add. DevOps practitioners are the folks driving changes in their orgs. That change needs to be displayed in a manner that is consumable for everyone to see.

I’m doing this same talk at DevOpsDays Detroit at the end of the month. If you’re in the area, stop by and say hello!

My favorite talk of the event though, had to be Daniel Oh’s Quarkus talk. First, Daniel Oh is an excellent speaker. He is deliberate, clear, and concise. It is refreshing because that’s such a hard thing to get to as a speaker. Quarkus is cool tech, we all kind of agree on that. But, when Daniel went through the compile, package, and execute steps in seconds, one person, a few rows behind me said, “Wow!” It wasn’t a plant; straight up had their mind blown.

Great job to the entire organizing team this year! Thank you for inviting me to speak at such a fantastic event.