In November, I went down to Raleigh to meet my team for planning meetings and team building. For a few of my teammates, this is our first face to face interaction with each other ever. My boss wisely gave us a relatively simple assignment. Create a slide sharing what we’ve done this year and want to do next year (which I’ll share to an extent in a later post). Create another slide listing three things that make us who we are (born in a unique place, grew up on a farm, etc.) and three things we’re professionally known for. The assignment seemed simple enough, but it turned out to be way better than I thought it would be. It fostered a shared knowledge amongst the group about each other that I think others could benefit from using potentially.

First, the two slide limit felt constraining. I wanted to use a standard template because I legit loathe thinking about layouts, presentation, etc. I used that as an excuse to build two slides to describe who I was and what I was known for. Second, choosing three things that make me who I am was a lot harder than I thought it would be. Narrow what makes you uniquely you down to three things. Also, I implied the context that it would need to help coworkers understand who you were better. 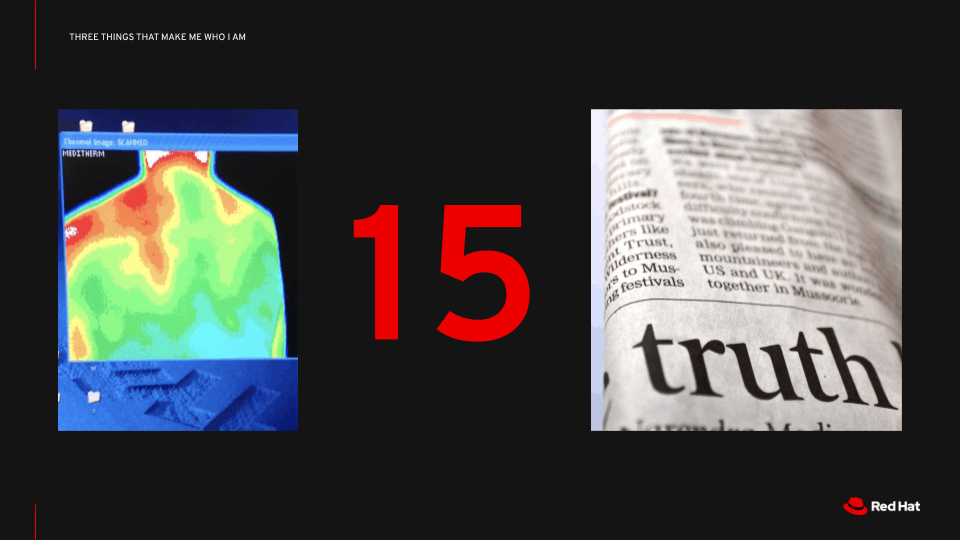 For my first slide, “Three things that make me who I am,” I chose three visuals to aid my coworkers better understand who I was at my core. The first image is a thermal image detecting increased blood flow to injured areas of the body. I do not recall my exact wording, but I made the following notes.

The second image is a bolded, red fifteen (15). Fifteen intersects in my life in several ways.

The third image is a newspaper folded over and photographed in a way to highlight the word, “truth”

I do recall making a few specific points on the “justice and the American way” part of Superman’s tagline: 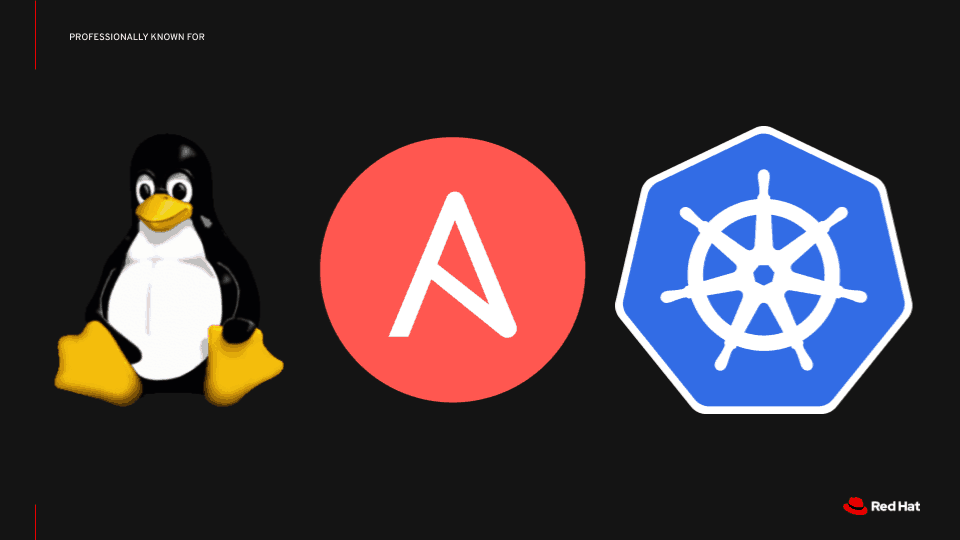 The second slide contained three logos that I think a lot of folks reading this blog will be familiar with: Linux, Ansible, and Kubernetes. My professional career stands on a lot of different things, but these three projects define mine in a foundational way. I made the following notes to steer whatever conversation would ensue.

Hopefully, this is useful for folks to use during their face to face or team meetings in the future. I got a lot out of creating my portion and way more out of listening to my coworkers.